Jazz is a measured music, the structure of which depends upon fixed beats, occurring in rhythmic
patterns as unmistakable and immediately identifiable as the pulse of a metronome.

When it comes to jazz music, no common definition of this music has been reached. It resists dictionary definition, and its musicians splutter nervously and take refuge in the colorful ambiguities of its argot.

The world of jazz includes many different kinds of music. Some is light and happy. Some is heavy and serious. Some makes you want to dance. Some makes you think. Some is filled with surprises. Some is smooth and easy. Some is fast and complicated. Some is slow and mellow. Jazz is played by big bands and small groups. It has been played on almost every musical
instrument. It comes in varieties called Dixieland and swing, bebop and cool, hard bop and fusion. But most jazz has no style designation.

No matter what the fortunes of jazz, its nucleus has remained constant, little touched by extravagances of opinion, sympathetic or unsympathetic. The nucleus of jazz as differentiated from its cortex contains its nerve center, its source of life, and here arc its mystery and meaning. The nucleus of jazz is made up of melody, harmony, and rhythm, the triune qualities of the art of music which, as everybody knows, can be fairly simply defined.

According to legend, the beat which is at the center of jazz, as well as a fringe of decorative melody, came over to the Americas from West Africa in the slave ships. This tradition holds that the American Negro shaped jazz by imposing a heavy layer of his native jungle chants and rhythms upon the European materials he found in the land of his enforced adoption.

Certainly, the African background of the first jazz musicians played some part in their music. But one must remember that they were at a considerable remove from “the Dark Continent.” The music they fashioned in New Orleans, where jazz began, was an elaborate compound of many folk strains, few of them bearing more than an echo, a distant one, of Africa.

Jazz is America’s music. It has deep roots in ragtime, blues, and the music of the black church. It was shaped in American cities such as New Orleans, Chicago, New York, Kansas City, Pittsburgh, Detroit and Los Angeles after the mass migration of African Americans and immigrants in the first half of the twentieth century. Musicians steeped in these American urban cultures exercised their freedom of expression and made jazz their own.

Rodney Whitaker, one of the Jazz from A to Z workshop organizers, engages a high school student in singing the blues, January 14, 2015 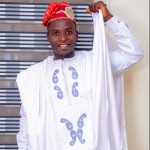 My name is Adeyemo Damilola, a digital marketer and serial entrepreneur. I love to think of myself as a guy who loves to see your business blossom. Contact me now let’s put that idea and business to the right people.

My name is Adeyemo Damilola, a digital marketer and serial entrepreneur. I love to think of myself as a guy who loves to see your business blossom. Contact me now let's put that idea and business to the right people.

How To Land Your Dream Job

This site uses Akismet to reduce spam. Learn how your comment data is processed.

Streetcated Artiste of the Month

Streetcated Video of the Month

My name is Adeyemo Damilola, A Digital Marketer and a Serial Entrepreneur, I like to think of Myself as a Guy who loves to see Your Business Blossom. Contact Me Now let's put that Idea and Business to the Right People.